A business owner and his wife have been sentenced for federal tax violations in the Eastern District, announced the U.S. Attorney.  In February 2020, Dick Brocato, Jr., 68, and his wife, Judith L. Brocato, 65, were convicted by a jury of conspiracy to defraud the United States for purposes of impeding the government functions of the Internal Revenue Service (IRS) in the collection of income tax and six counts of making and submitting false tax returns on both their personal and business for 2012-2014.  The Brocatos were each sentenced to 33 months in federal prison by U.S. District Judge Marcia Crone.  They were also ordered to pay restitution in the amount of $617,762 to the IRS and fines of $15,000 each.

According to information presented in court, the Brocatos owned a lawn service company, which was operated as an S Corporation for tax purposes.  The Brocatos were the sole shareholders of the company, and Judith Brocato served as corporate president, maintaining the books and records of the corporation, and signing the corporate tax returns in that capacity.  The Brocatos conspired to defraud the United States for the purpose of impeding, impairing, and obstructing, the lawful government functions of the Internal Revenue Service (IRS) in the ascertainment, computation, assessment, and collection of federal income and other taxes for years 2012, 2013, and 2014.

As part of that conspiracy, they filed false corporate and personal income tax returns for years 2012, 2013, and 2014.  To facilitate the scheme, the Brocatos cashed numerous checks from customers instead of depositing them into the company accounts.  They then underreported the income by failing to report the cash income amount on the various tax returns. According to the indictment, the underreported income amounted to $503,281 in 2012, $687,534 in 2013, and $513,498 in 2014. A federal grand jury returned an indictment on Sep. 4, 2019 charging Dick and Judith Brocato with tax violations. 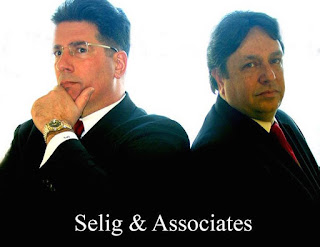 The New York State Department of Taxation and Finance, along with the Brooklyn District Attorney’s Office, announced that Yehad Abdelaziz ...