Just the Facts Depending on the length of your miserable marriage [which crashed, burned, and ended in divorce] you may be required to make Alimony or Separate Maintenance payments to your Ex-spouse for a long and unpleasant period following your “not so amicable divorce”. On the lighter side, if you had a short-term marriage, viz. the fabled “starter marriage” the period for which you’ll be ponying over these payments is usually nonexistent or alternatively,  reasonably short (and a very good indication of your divorce attorneys skill or serious lack thereof). Conversely, after suffering the indignity that comes from dissolving a "long-term marriage" you may be required to fork over alimony payments for as long as your Ex-spouse lives [or remarries] but don’t count on the latter happening because the marriage market for post-wall 2 and 3 time losers is worse than abysmal, that is to say, it's nonexistent.

Dealing with today’s Tax Law: The old rules were reasonable inasmuch as they allowed the “Payor” a/k/a Big Daddy Warbucks, to deduct his/her alimony payments from his/her Gross Income. But that’s all over Rover. In fact, the amounts you'll be paying in alimony or separate maintenance payments under a divorce or separation agreement (executed after 2018) are no longer deductible by the Payer (that's you) or taxable to the recipient (that's her). It's just like the tax treatment of child support. And given the exponential proliferation of unwed and single mommies, and the importance of their vote, child support payments are not [and will never be] deductible by the Payer (you) or taxable to the recipient (her).

Without Effective Tax Representation
The Deck is Stacked Against You

1.    History of noncompliance: Have you been flouting our tax laws? It’s never to late to get into compliance. Unfortunately, getting right with the law can be complicated. Word to the Wise, make the right move and speak with a licensed tax attorney and tax accountant at Selig & Associates.

2.    Effect enforcement has on others: The IRS is cracking down on non-filers, under-reporters, tax evaders and cheats. Accordingly, if you’re caught breaking the rules, the IRS will make a serious example out of you (regardless of your ability to pay).

3.   Anticipated revenue. How much money can the IRS actually get out of you? Don’t even go there. If pushed far enough, the IRS will take practically everything you own (including your freedom). 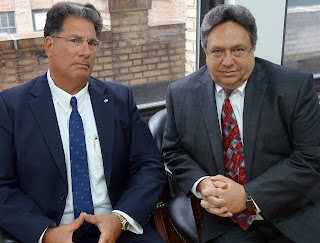 Construction Companies - We Specialize in Hard to Place Insurance Protection